Fire at the Third Street Center

Carbondale, Colo. – At 1:30 a.m. on Wednesday, September 16, 2015, Carbondale & Rural Fire Protection District and Carbondale Police Department responded to the Third Street Center at 520 S. Third St., for a report of a structure fire.

Upon arrival, the firefighters found smoke coming from a window on the East side of the building. Audible and visual fire alarms were going off. The sprinkler system and a neighbor extinguished the fire prior to the fire department’s arrival.  A fire crew made entry in to the building to check for fire extension and found none.

Firefighters on scene were able to stop the sprinkler flow and confirm the fire was contained to one area of the room.  The fire crews cleared the building of smoke and cleaned up the water that had flowed from the sprinkler system.

Carbondale Fire Deputy Chief Rob Goodwin said, “This fire reinforces the fact that fire sprinkler systems really do work. Having a sprinkler system in place prevented the fire from spreading to other parts of the Third Street Center and causing further damage.”

The fire is being investigated by Carbondale & Rural Fire Protection District, Carbondale Police Department and the Colorado Bureau of Investigation. No loss amount has been determined at this time.  There were no firefighter or civilian injuries.

For more information regarding this incident, please contact Carbondale Fire Deputy Chief Rob Goodwin at 970-963-2491 or rgoodwin@carbondalefire.org or Carbondale Police Chief Gene Schilling at 970-963-2662 or eks@carbondaleco.net. 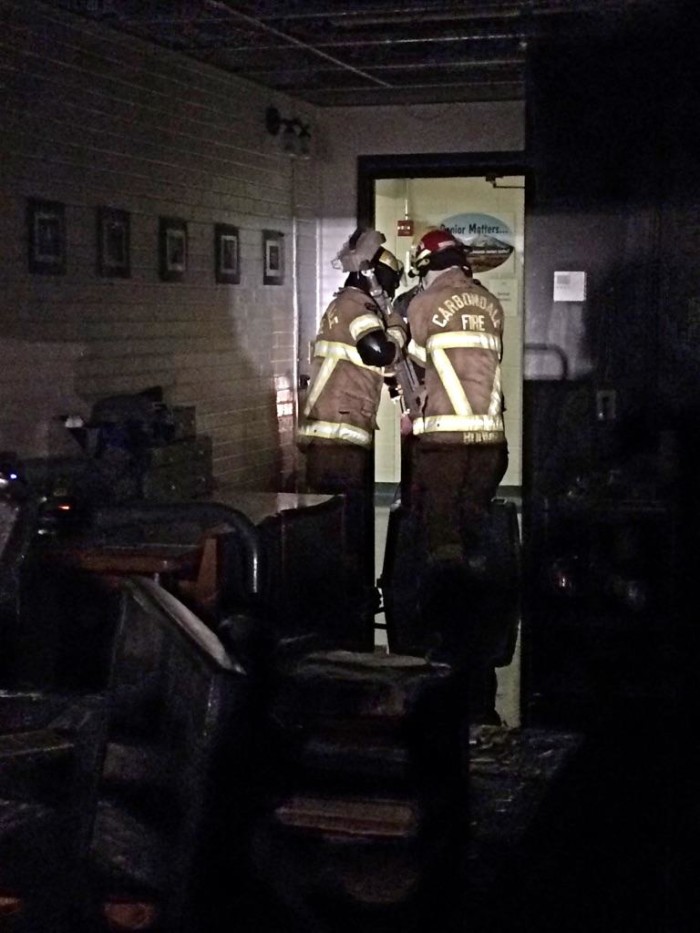